A Louisiana Capitol Update from Haynie and Associates

On June 26, the Louisiana State Legislature adjourned sine die, marking the completion of the fourth session of the year—one general, two special, and a veto. The State Capitol saw 776 legislative instruments become law. The Governor exercised his veto power but very little within the funding bills. The legislature confronted its second year of an unprecedented budget surplus, largely appropriating the excess funding to infrastructure and state debts. The legislature is not expected to return to Baton Rouge until the 2023 session, set for April 10-June 8 of next year.

The 2023 session will be fiscal, limiting the number of general policy bills that can be offered. Typically, an election-year session makes it difficult to gather the necessary votes for controversial legislation. Our firm is already hard at work crafting legislative strategies to ensure our clients’ continued success.

The remainder of the year is an opportunity for elected officials to prepare for the statewide election cycle next fall. All 144 legislators and statewide offices, including governor, are on the ballot on October 14th, 2023, with runoffs in November. Haynie and Associates is actively planning and hosting fundraisers, and we encourage and facilitate our clients’ participation. Term limits and ambition will create a relatively high legislative turnover. Statewide officials considering a run for governor are spurring interest among the legislature for potential open positions. There will also be changes in the legislative leadership and committees following the election, with many races already underway.

Haynie & Associates consistently produces milestone successes for high-profile clients across industries and professions. For more than four decades, our firm has raised the standard for Louisiana lobbying and government relations. With a tireless work ethic, impeccable professionalism, strong attention to detail, and an in-depth understanding of the legislative process, we have earned the respect of state lawmakers, corporations, and clients throughout the United States. 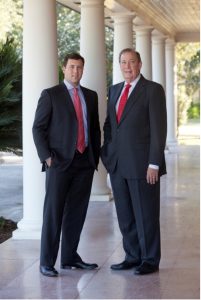